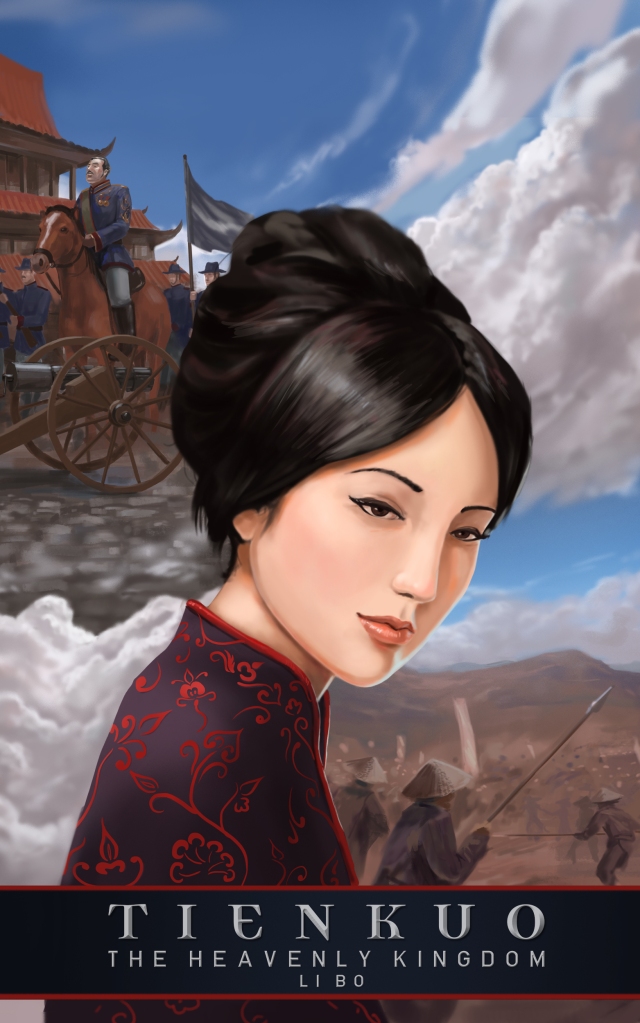 It was the year 1858 and three young run-aways; Jason Brandt, son of a Hong Kong missionary, his friend Wu Sek-chong and the beautiful and defiant Black Jade; set off to find the capital of the rebel Taiping Tienkuo, The Heavenly Kingdom of Great Peace. Established in 1851 by a failed civil service candidate who claimed to be the little brother of Christ, the semi-Christian Taiping Kingdom, had made a dramatic and bloody bid to overthrow the Confucian rule of the Ch’ing Dynasty.

The three young people’s search for the Heavenly Kingdom and what they eventually found among the Taipings is the central plot of this historical novel of journey and self-discovery in 19th century China. This novel was created not only to entertain but to teach about political, social and cultural life in China during the mid nineteenth century.

—-
“Exciting Book…I like it very much. The characters are believable and the cultural details about customs accurate.”

I’m having a blast reading Tien Kuo. It is fascinating and well written.

I enjoyed the novel immensely–it’s a fun and exciting read.

—
I like the book…it really held my interest…I am truly impressed.

—-
“A rare treat. An engaging and historically accurate way to introduce young adults to a myriad of topics about China, including family, Confucianism, class differences, women’s roles etc.

I was captivated with this adventure from beginning to end. To add to my delight, I came away realizing that I had been given insight into an historical event, so not only was I richly entertained, but I was cleverly educated as well. What more could I ask from a book?

Masterfully interweaving history, culture, and characters, TIENKUO takes readers on a fascinating journey through 19th century China. It was a time of imperialism, trade, drug, and feudal wars. We are introduced to a variety of people caught in the vice of history. The adventures and love of an American missionary’s son and an alluring woman named Black Jade are the focal points, but along the way we meet soldiers and mercenaries, warlords and rogues, merchants and nobles. And we are escorted through a little-known, exotic, and compelling time and place. Students and teachers of Asian studies or Asian-American relations can especially benefit from it. History truly is made of the lives of the many small people caught in its great movements. TIENKUO gives us a delicious taste of a little known time and place and makes history come to life.

By Edward Tick Author of The Practice of Dream Healing plus War & The Soul: Healing Our Nation’s Veterans from Post Traumatic Stress Disorder

—
Author’s note. I have just completed a sequel to Tienkuo: The Heavenly Kingdom. This second work,  Beyond the Heavenly Kingdom continues the story covered in the first book and focuses on the Chinese Exclusion Act of 1882. It will be  available during the late spring of 2017. If you would like to be notified when it becomes available just send me an e-mail at leibos@sage.edu 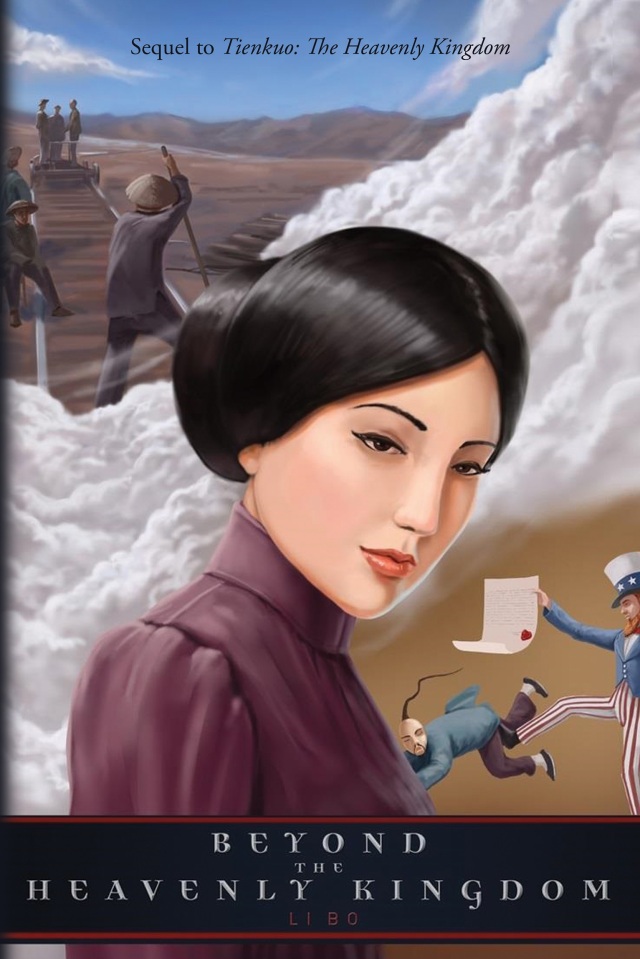